Horizon Zero Dawn is an open world action role-playing game developed by Guerrilla Games and published by Sony Interactive Entertainment. This game is a port of the 2017 PlayStation 4 console exclusive of the same name. It is the first title that Guerrilla Games have developed for PC following their acquisition by SIE Worldwide Studios, and also marks the fourth game Sony Interactive Entertainment have directly published on the platform under the PlayStation Mobile brand. It is also the second release on PC to make use of the Decima engine, following the previous release of Death Stranding.

The game was initially announced for PC during March 2020 with a placeholder release date for later that year.[2] The final release date, August 7, 2020, was announced in June alongside the release of a trailer showcasing the features of the PC version of the game.[3]

The PC version of the game is available for Windows and distributed through Epic Games Store and Steam as the Complete Edition, which includes The Frozen Wilds expansion, along with a digital art book and additional in-game items, weapons and outfits. It features ultra-widescreen support, high frame rates, adjustable field of view, and remapping for keyboard and mouse controls and controllers.[3]

Reviews published shortly before the global release suggested that the game suffers from a number of technical issues, including stuttering introduced from a variety of different game elements, non-functional graphical settings and major performance issues.[4][5] 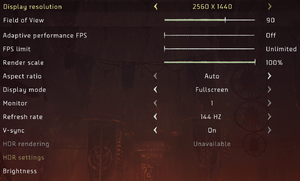 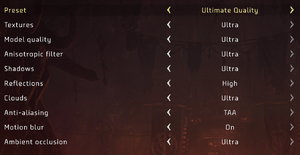 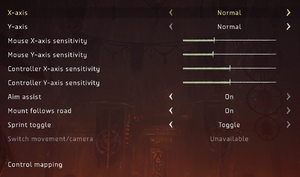 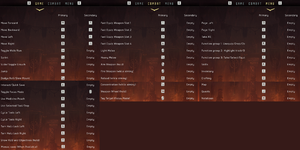 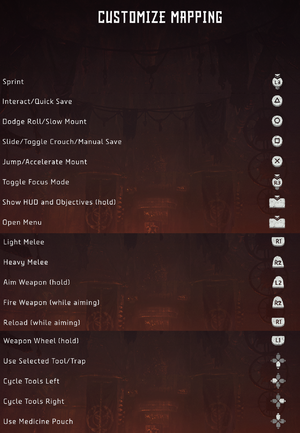 Remapping for a DualShock 4 controller

Stuttering on some systems

Some systems might experience stuttering during gameplay in areas such as quest or interface updates, camera swaps in cutscenes and general world traversal.[6]

Game is trying to write to memory address 0.
This fix is believed to reduce the number of crashes due to memory write errors.
Some users report that this fix does not work, and may make crashes even more frequent.

Some players have reported the game will show the error "Save game failed. Please make sure you have enough free space on system drive, and the game have access to Documents folder." when the game tries to write profile or save data.