Features the ability to import music for a custom radio station.

Many fixes of this patch have been included in SilentPatch, and the v1.1 executable can cause incompatibility with other fixes and mods so the v1.0 executable is recommended.

Fixes numerous bugs and oversights introduced in the PC version, and restores content removed from the French and German versions (e.g. blood, cutting off limbs, obtaining money from corpses, Rampage missions[6]).
Copying the AUDIO folder from the "PLAY" disc into <path-to-game> allows the game to be playable without the CD when using SilentPatch.

A v1.0 executable is recommended.
For multi-monitor support, SilentPatch is required.[7]
Fixes issues such as broken in-game widescreen presentation and HUD/subtitle scaling in higher resolutions.
Adds MSAA support for the non-Steam version. Also works as an ASI loader and a D3D8to9 wrapper. 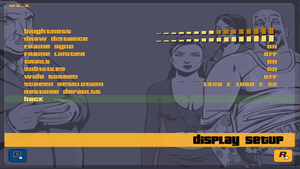 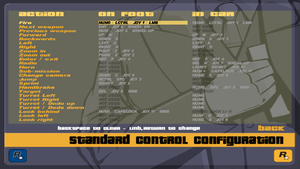 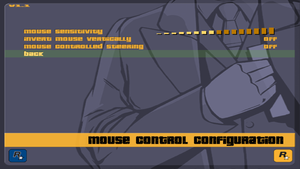 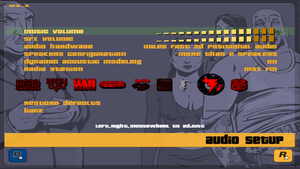