Features the ability to import your music for your own custom radio station.[1]

The current Steam version as of December 2012 was rumored to have some radio songs removed similarly to the mobile version and rare 2013 retail PC re-release.[5] However, these rumours were untrue as the most recent Steam version ("New Audio") still has the full soundtrack, like the earlier retail and "Old Audio" Steam versions.[6][7][8]
The Rockstar Games Launcher version, however, does have the cut soundtrack from the mobile port and the 2013 retail re-release.[9] To restore them for the Rockstar Games Launcher version, see Downgrading.

Not recommended for modding as most mods require v1.0.
Patch v1.1 is the latest official patch available. Most digital distribution versions already include this patch.

A v1.0 executable is recommended.
Fixes issues such as broken in-game widescreen presentation, misaligned aiming and HUD/subtitle scaling in higher resolutions.
Adds MSAA support for the non-Steam version. Also works as an ASI loader and a D3D8to9 wrapper.

Downgrading the game to an earlier version restores all of the removed licensed music tracks. 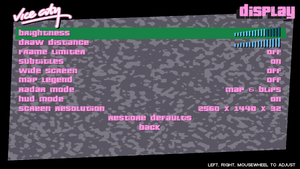 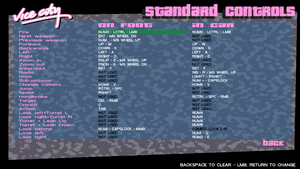 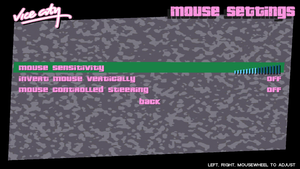 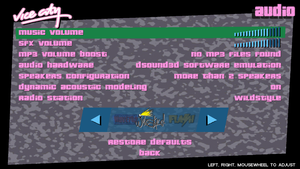 A majority of mods and fixes require a v1.0 executable.
Downgrading the Rockstar Games Launcher version restores all of the removed licensed music tracks.