Difference between revisions of "Ghostrunner"

The release of the game was preceded by multiple periods where different demo builds of the game were made available, allowing players to try the game for themselves and give feedback to the developer, which was then used to further improve the game.[2] The game was released as planned on October 27, 2020, on Epic Games Store, GOG, and Steam and was met with very positive reception from players and critics, although some people found its high difficulty and trial and error gameplay frustrating.

Due to the feedback gathered during demo periods, most known game crashing bugs have been fixed, and options such as an FOV slider and the ability to unlock FPS have been added prior to the game's launch.[2] The game was one of the first titles to implement DirectX raytracing. It also supports Nvidia's DLSS technology.

A demo is available on Epic Games Store and Steam (permalink to Steam demo). 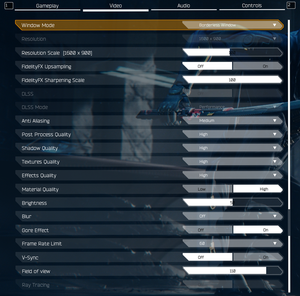 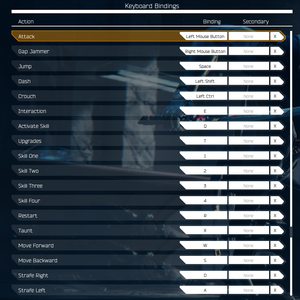