This page is for the original release. For the remaster, see Dark Souls Remastered.

A port of the console versions of the game with few configurable options.[1] Use DSfix to increase rendering resolution and remove the 30 FPS cap along with many other options.
Using a controller is strongly recommended over keyboard and mouse controls.[1] If using keyboard and mouse controls, use Dark Souls Input Customizer to fix mouse control issues.
Games for Windows - LIVE DRM was removed from the Steam version on February 16, 2015; product keys activate on Steam.[2]

High-resolution textures, fonts, and controller button prompts are available to download (requires DSfix).
Dark Souls Configuration Utility is a launcher, mod manager, and configuration tool which bundles many of the following (and other) mods.

DSfix increases the rendering resolution for better visual quality; without it the game outputs anamorphic 1024x720. It also allows the 30 FPS cap to be removed, HD or other alternate textures to be used, as well as giving options for anti-aliasing (AA), screen-space ambient occlusion (SSAO), depth of field (DOF) blurring, anisotropic filtering (AF) and many other features.
Raising the FPS cap introduces minor clipping problems. It is, however, generally safe to play at 60 FPS, and you will be unlikely to encounter any issues. See High frame rate for more information.

The Dark Souls Input Customizer (DSIC) allows full customization of the controls of Dark Souls. It uses an intuitive input system that allows the rebinding of every action to arbitrary combinations of keys or buttons on the controller, mouse or keyboard. Although this can in part also be achieved with existing tools, DSIC is much more flexible and wraps it all up in an easy-to-use package, with additional functionality that is specially tailored to Dark Souls. DSIC also fully includes the Dark Souls Mouse Fix, which does not have to be installed separately. Get mouse and keyboard prompts (only default settings) here.

The current version of the game can only be launched from the STEAM client. If you want to run it by clicking DarkSouls.exe or a Windows shortcut, create a text file "steam_appid.txt" with the following content: "211420" (without quotes) and place it next to DarkSouls.exe.

For the Games for Windows - LIVE version %LOCALAPPDATA%\Microsoft\XLive must also be backed up. 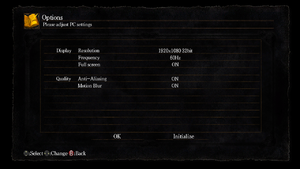 Anti-aliasing may be forced with the compatibility flag 0x004000C0. Sparse Grid Supersampling gives a blurry effect. Multisampling combined with transparency supersampling seems to work well (this author uses 4x on each). Some dark diagonal line artifacts are visible on my system occasionally with these settings but aren't obtrusive. DSfix's antialiasing should be turned off for this.

Only use one of the below methods; not both at the same time! 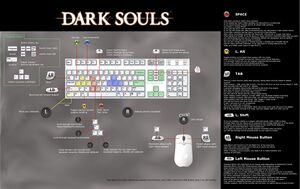 BitBucket, Main thread, Download
Dark Souls PVP Watchdog is a tool designed to prevent some common forms of cheating and tampering in online sessions, and gives the player the ability to ban offenders from their worlds.
Disclaimer: read the overview in the first link.

Developer's Site, Download, NexusMods
The problem: Recent versions of Dark Souls have trouble connecting to other nodes, making Multiplayer difficult or even impossible.
Dark Souls Connectivity Mod is a tool that attaches itself to Dark Souls process, allowing it to connect to player nodes.
A side-effect of being able to choose a node, Co-Op and PvP with select players becomes possible.

Snuggly the Crow dialogue may not play when player approaches the nest.[22][23]
This issue was introduced by one of the Steamworks updates in 2014-15, retail/GFWL version 1.0.2.0 is not affected.
Reloading the game after approaching the nest can help trigger dialogue.

Certain areas of the game are more demanding on your hardware causing slowdown in-game. It seems that the engine, when faced with an area where it struggles to render 30 FPS, will cut down to 15FPS. The most famous is Blighttown, but large animated characters can also produce this slowdown.
Unlock the FPS cap with DSfix (unlockFPS 1), set the frame cap at 30 (FPSlimit 30) and enable Vsync (enableVsync 1) For the most part you will have the same experience, but where the game would usually dip to 15FPS it will only drop as far as it needs to (results depend on your machine).

Use X360ce to fix the issue by emulating the official Xbox 360 Controller.

Mouse controls feel very jittery, with unintuitive results when the camera collides with a wall or the floor.

The game's window remains black after launching and is "Not Responding" if clicked on.
The issue can also occur when a USB DAC is plugged in i.e. Fiio E17K.[citation needed]

Fix binds the mouse to a single screen (DSFix has this feature built in).

Problem may be caused by setup utility getting stuck whilst installing DirectX and Games for Windows - LIVE.

Manual Save Game conversion from GFWL version to Steam version[edit]

Useful if the automatic conversion fails. However, this will only transfer your game state WITHOUT your achievements.

Game only uses part of the screen[edit] 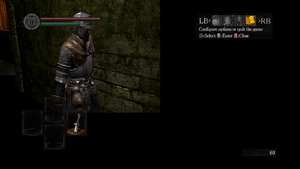 Using DSfix with in-game anti-aliasing enabled causes the game to only use part of the screen.

Steam requesting UAC on every launch[edit]

The issue is that Steam is trying to install Gfwlivesetup.exe but Steam also stopped supplying the executable with new downloads.

Language override is being ignored on some Windows 10 systems