Arx Libertatis updates and improves support for modern systems, porting the game to new systems as well as eliminating bugs and limitations.

A demo is available from Steam.

Arx Fatalis Patch 1.21 (2011) fixes some issues with running the game on modern systems. This patch will update any version; no previous patch is required.

Digital distribution versions usually include this patch but disc versions do not.

The most recent official release, 1.1.2, is from October 2013. Try the latest development snapshot to take advantage of the project's more recent improvements. Bear in mind that a small number of known regressions and issues have cropped up in the development versions. These builds are not fully tested, but generally very stable. Development snapshots may be installed by extracting to the Arx Fatalis installation folder or on a previous installation of Arx Libertatis. 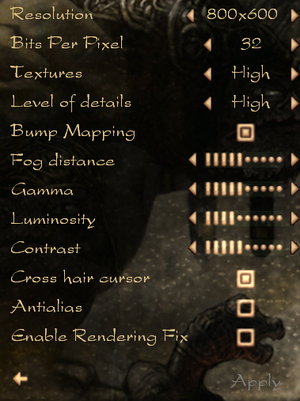 Some resolutions may not work when selected in-game but can still be used by editing cfg_default.ini directly. 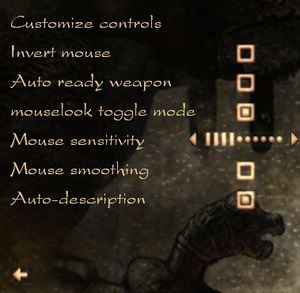 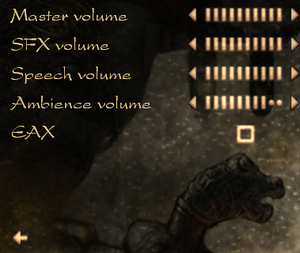 Arx Fatalis 1.21 interface elements are very small at higher resolutions. This issue was acknowledged by Arx Liberatis development team and the solution is targeted for Arx Liberatis 1.2 release.[5]

This is caused by forcing anti-aliasing through your video card's control panel.